Why Law Firm Pedigree May Be a Thing of the Past 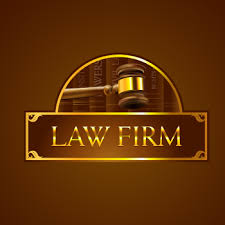 Have you ever heard the saying: “You never get fired for buying IBM”?  Every industry loves to co-opt it; for example, in consulting, you’ll hear: “You never get fired for hiring McKinsey.”  In law, it’s often: “You never get fired for hiring Cravath”.  But one general counsel we spoke with put a twist on the old saying, in a way that reflects the turmoil and change that the legal industry is undergoing.  Here’s what he said: “I would absolutely fire anyone on my team who hired Cravath.”  While tongue in cheek, and surely subject to exceptions, it reflects the reality that there is a growing body of legal work that simply won’t be sent to the most pedigreed law firms, most typically because general counsel are laser focused on value, namely quality and efficiency.

There’s no question that the legal industry is going through upheaval.  Law schools are shuttering and powerful old firms have fallen.  In Dina’s recent article “Consulting on the Cusp of Disruption,”she and co-authors Clayton Christensen and Derek van Bever argue that despite the disruption in consulting and in law, there will always be complex, high-stakes problems for which a brand-name, solution shop firm will be required, but that as disruption marches up-market and more problems find commoditized solutions, there will be a thinning at the top of the pyramid.  Only those firms that can change quickly enough to meet their clients’ increasing demands for greater value will survive.

A recent survey of General Counsel at 88 major companies conducted by AdvanceLaw (an organization founded by Firoz) supports this argument.  The results suggest that GCs are increasingly willing to move high-stakes work away from the most pedigreed law firms (think the Cravaths and Skaddens of the world)… if the value equation is right. (Firms surveyed included companies like Lenovo, Vanguard, Shell, Google, NIKE, Walgreens, Dell, eBay, RBC, Panasonic, Nestle, Progressive, Starwood, Intel, and Deutsche Bank.) The results of the two questions the survey asked are below.

That 74% of GCs preferred the less pedigreed firm under the circumstances described in question 1 reaffirms that clients are becoming more and more comfortable with using a wider range of firms.  Moreover, in the U.S., the current cost premium for an AmLaw 20 firm relative to, say, an AmLaw 150 or 200 firm is typically far more than 30%.  Factoring in lower hourly rates as well as the greater efficiency most clients say the other firms deliver, we are likely talking about an overall cost premium in the 60+% range.

What can also seem non-intuitive is that only 11% of GCs surveyed felt that pedigreed firms, despite the price premium, actually were more responsive (a key element of client service).  However, this actually mirrors Firoz’s experience at AdvanceLaw, where firms of varying sizes and pedigree are successfully unseating AmLaw 20 and Magic Circle incumbents on high stakes work (e.g., a recent M&A deal valued at $500 million; national trial counsel for a significant multi-state class action).  These firms have been receiving impressive evaluations from GCs and in-house counsel on responsiveness, expertise, quality and efficiency.   One reason for this is that top talent is increasingly dispersed, not residing solely at the most pedigreed of firms.

This AdvanceLaw survey suggests that clients are serious about moving high-stakes work away from the most pedigreed (and expensive) law firms.  So, are white shoe firms feeling the impact of this mindset change?  When we examined revenue per lawyer (a proxy for a law firm’s ability to command a price premium) across a sample of firms, we found that growth was highest among non-pedigreed firms.  Our sample of 15 especially highly reputed firms (including the likes of Cravath, Skadden, and Sullivan) experienced an average increase of only 2.9% in revenue per lawyer over the 5-year period from 2007-12.  In comparison, a sample of 15 smaller, comparatively less known firms posted average growth in revenue per lawyer of 12.7% in the same period.

Surprisingly, many (though not all) pedigreed firms are choosing to not yet compete on value, arguing that this would diminish their future ability to compete for the shrinking pool of high-stakes / high-margin work.  However, as the survey and financial analysis reveal, this ends up opening the door for other law firms (as well as non-traditional providers) to slip in and chip away at what we all once assumed were unassailable relationships between the most pedigreed law firms and their clients.

But it would be unwise to count out white shoe firms’ ability to adapt over the long run. Their higher margins could be reinvested into client service innovations.  They also have the potential to roll out differentiated lower cost solutions (as some have already begun doing in the form of contract lawyers).  Of course, there are many challenges to any of these strategies, not the least of which is firm culture.  But make no mistake: the competition for market share in the legal space is tough and getting tougher.

Previous Post: Importance of Diversity Professionals at Large Law Firms
Next Post: What Are the Five Keys of a Successful Legal Marketing Platform?