What’s in a Name? 3 Steps For Negotiating a Job Title Promotion-“Advocating for yourself is incredibly important for your career growth”

Constantly thinking ahead in your career is incredibly important. According to Business Insider, your 20s is the best time to make career changes.

“Move quickly when you get the sense that something isn’t right in your career. In your 20s there is relatively little cost/risk to pulling up roots and relocating, or restarting your career in a different direction. Do this fearlessly and immediately,” cites the article.

Career development isn’t just about getting a raise and being promoted but it is about knowing when to request a title change.

A title change can mean a lot when looking for a new job. It indicates that you have grown in your position and that you show initiative. Many times recruiters look for keywords on resumes and if you don’t have the correct term “coordinator” or “manager,” then your resume may never even be seen, so your job title does more than you may think.

At my current job, I have had two successful title changes because I advocated for myself and showed that my work fit better with a different title. 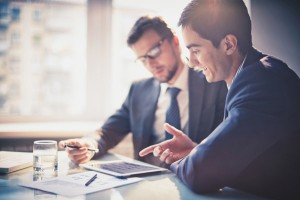 Here are three tips on how to successfully negotiate a job title promotion.

The first time I asked for a title change, my organization was in financial distress. All the focus was on finances — how to improve them, how to cut costs and how we were going to go into the next fiscal year in the black.

At this time, I was doing much more than a marketing assistant would ever be tasked with doing. I was managing projects, creating strategy and I was about to cover for the second time for the marketing manager on maternity leave. My plan was to request for my title to be changed to marketing coordinator because that was a very popular title in the industry I was working in.

It was all about asking at the right time.

My boss was happy to grant me the title change because she had so many other things to worry about when it came to finances and also felt badly that she could not give me the money she knew I deserved. To her, this title change was trivial; it was a change in one word and wouldn’t cost the organization anything. For me, it was a step in the right direction for my career.

In addition to the right timing, this is how I got it done.

When I called the meeting with my boss to speak with her about my title change, I brought a list of all the projects I had worked on in the last six months to a year.

This isn’t always necessary but it’s always good to have a backup, if I needed, to give reasons why your title should be changed. My biggest argument was that I wasn’t “assisting” anyone or anything. I was coordinating projects, and at some points, managing them.

This portfolio made it easier for my boss to see my reasoning because it was a physical representation of what I had done.

This was also great for me to see all the work that I had done so I could easily answer the question, “what have you accomplished at your job?” You may not even need to reference this portfolio in your meeting but it is never a bad idea to show that you are serious about moving up in your organization.

Look at the structure

At this time, our organization was a small staff of 12. We were made up of directors, managers, a coordinator and me. This seemed odd because I was unclear what the difference between the duties of the coordinator title and the assistant title were. This became another selling point for my title to be updated.

I was able to look at the structure and ask my boss if I was on the same level as the project coordinator on the organizational chart. She agreed that our duties were on the same level. There wasn’t a difference between the amount of responsibility I had and the amount of responsibility the project coordinator had, I actually may have had more at times. This made it pretty much a no-brainer for my boss to change my title and made it easier for her to advocate to the directors about the change.

Having your title changed can lead to a promotion, monetary raise or a new job so advocating for yourself is incredibly important for your career growth. Sometimes you are your only advocate, so you need to make sure you are on top of it.

Previous Post: 6 Types Of Document Reviews That Every Reviewer Has Seen
Next Post: 4 Takeaways from the #LMA15 Panel of GC [LMA Recap]