Top Firms for Women for Equity and Power

It’s no secret that I’m cynical about those “best firms for women” lists. Too many of them are focused on squishy things, like the availability of part-time work or on-site day care. 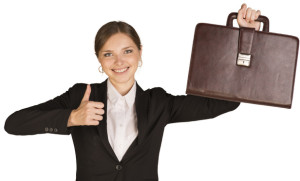 But I do think Women in Law Empowerment Forum‘s annual Gold Standard Certification list is different. For starters, it measures what I think is truly meaningful: How women are faring on the partnership and power front.

WILEF’s list just came out—and this is my quick take: The outlook for women looks brighter. Seriously. Yes, I can scarcely believe it myself.

To qualify for the WILEF’s honor this year, firms with at least 300 lawyers in the U.S. (last year, the cut off was 200 lawyers) had to meet at least four of the following six criteria in which women comprise at least:

So what’s the good news in this year’s WILEF results? Two developments jumped out at me about the winning firms:

I’m surprised at those figures—and so apparently is WILEF. The uptick in the percentage of female partners “is a greater percentage than expected,” says WILEF certification chair Libby McGarry, a former partner at Simpson Thatcher & Bartlett. “This bodes well for the percentage of women equity partners overall in the near future.” (You’ll recall that my colleague Julie Triedman reported recently that overall, The Am Law 200 has been stuck at 16.8 percent female equity partners, a figure that hasn’t changed in a decade.) McGarry also adds that it’s significant that women now represent a quarter of those on compensation committees, because having “a meaningful number of women on firm compensation committees is correlated to women’s compensation levels.”

The disappointing news, according to McGarry, is that the percentage of women heading practice groups and departments dropped to 36 percent, down from 44 percent last year.

It’s too bad that not every indicator is on the rise. But I think it’s more exciting that women are doing well on the equity partnership and management/compensation committee front. (Do we really care who’s the practice head?)

In any case, here are the 44 firms in WILEF’s winners circle (firms iin bold met all six criteria):

Those eight firms that met all six criteria deserve a special shout out. That said, you’ll notice that none of them are New York based firms or firms with the highest profits per partner. Which means that it’s going to take a lot longer for women to break into the Big Boys League. I’ll be watching. But I’m not holding my breath.

Previous Post: 7 Simple Steps For A Successful Phone Interview
Next Post: The Dark and Disturbing Secrets HR Doesn’t Want You to Know