The Problems Firms Face When Pushing Out Partners 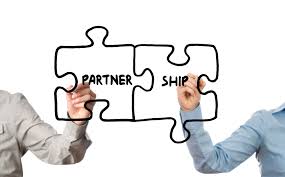 As we’ve repeated countless times in these pages, Biglaw isn’t what it used to be, and good luck to you if you happen to be a partner. Sure, you’ve grabbed that brass ring, but you also have what could be described as “the worst job in Biglaw.” Here in the new normal, where layoffs and de-equitizations abound, despite increases in firm profits, many partners now have the same fears as associates.

So what happens when partners are pushed out of the law firms they once loved? Now we know, thanks to the results of a a new survey. You won’t believe how messy these bad romances can get…

According to Up or Out: When Partners Have to Go, an ALM Legal Intelligence study on lateral partner transition practices, being a Biglaw partner kind of sucks right now, especially for laterals. Here’s why, according to Sang J. Lee of SJL Shannon, writing in the introduction of the report:

Lateral partner hiring, sometimes seen as “buying a book of business”, is on the rise. So is “right-sizing” the partnership – cutting out layers of equity and nonequity partners considered to be underperforming or no longer central to the business. Some long-time partners are abruptly shown the door with virtually no warning when they no longer meet new metrics of success. Lateral partners are brought in but rarely integrated into the larger firm. There are few metrics, few regular conversations about performance, no coaching, and, as a result, little success.

As you can imagine, there are “sharp differences” between how Biglaw firms and recently released partners describe how the breakup occurred. A little more than half of firms (55 percent) said the departures were voluntary, while just over 90 percent of partners who left said the decision to leave was theirs alone. You don’t have to be a math wizard to see the discrepancy, but we’ll go ahead and call it the ego coefficient.

Here are some other interesting findings on lateral partner departures we learned from the Up or Out study:

• Laterals who leave their firms (for whatever reason) seem to operate on a “last in, first out” theory. Per ALM, “[f]ifty-three percent had worked at the firms six years or less; 29 percent were there just three years or less. Just over a third — 36 percent — had been there 10 years or more.”

• Law firms love to give laterals the boot for their failure to make it rain. “[T]he top reason for laying partners off or encouraging them to leave was such partners’‘inability to develop and cultivate new clients or originations or to sustain a book of business.’ The next most popular reason was ‘no real commitment to the firm’” — the firm that made no effort to integrate them in the first place.

• Most partners with performance problems usually don’t know about them until it’s too late. “Seventy-seven percent of the partners pushed out reported hearing about their performance problems for the first time when asked to leave.” Too bad, so sad, but you’ve still got to go.
Burning through lateral partners like they’re going out of style “saps morale, creates resentment among departing partners who could represent important connections and opportunities, and scares off legal talent.” What can be done to combat the ill effects of the Biglaw problem du jour? It’s quite simple. Per ALM’s suggestion, apparently these firms just have to treat their partners like people.

We know, we know, that sounds crazy… but it just might work. Until that happens, and we have a feeling it won’t be any time soon, we look forward to seeing the next partner departure memo.