The Careerist: Best Firms for the Summer (and After) 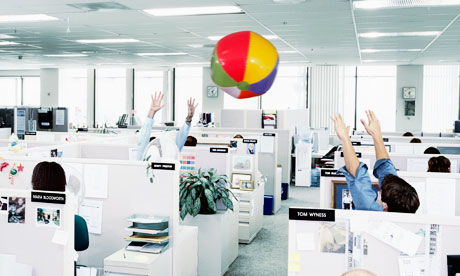 Vault just came out with its list of top firms for summer programs and general associate morale. (It surveyed about 17,000 first- through third-year associates who summered at their current firms.)

Let’s start with Vault’s summer programs rankings. Besides the overall ratings, Vault ranks firms in two separate categories: those that offer summers the most fun, and those that provide summers with the most accurate picture about practice—arguably, two diametrically opposed categories.
First, let’s look at the top 10 firms where summers had a blast:

And for those serious, earnest types out there, here are the top 10 firms where summers rolled up their sleeves and got a real sense of what practice is really like:

Notice something interesting about the two lists? With the exception of MoFo, there’s no overlap between the lists in the top 10. So you might say that the “fun” firms lured recruits into their lairs, where they eventually faced the harsh reality of practice.

Personally, I’d love to be seduced with expensive dinners and extravagant outings for the summer. But that’s not what most summer associates want these days. “Summers seem to value substantive work experience over fun,” says Nicole Weber, Vault’s law editor. She adds that summer associates “want to be productive at the office during the day because they know that ultimately, that is what will make them succeed.”

Then, there’s Vault’s list for the happiest associates, also known as the “best law firms to work for” category. The winners are:

Curiously, Paul Hastings, which gets first place for morale, doesn’t even rank this year among firms with the best summer programs. Vault says not enough of their junior associates answered the questions about the summer program. (Query: Are the summers so swamped that they have no tie to answer a survey?)
So what do all these lists mean? Well, I guess it means that firms that offer the splashiest summer program might not offer recruits the most realistic view of what it’s like to practice there. But just because recruits know the inside scoop doesn’t mean they’ll be happy there in the longer run.
It means whatever you want them to mean.

Previous Post: What is Temp to Hire? And Why Do Companies Want It?
Next Post: PAY GAP IS BECAUSE OF GENDER, NOT JOBS