Jobs and Skills and Zombies 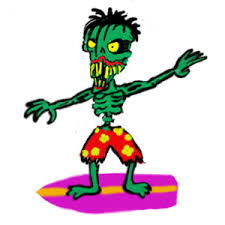 A few months ago, Jamie Dimon, the chief executive of JPMorgan Chase, and Marlene Seltzer, the chief executive of Jobs for the Future, published an article in Politico titled “Closing the Skills Gap.” They began portentously: “Today, nearly 11 million Americans are unemployed. Yet, at the same time, 4 million jobs sit unfilled” — supposedly demonstrating “the gulf between the skills job seekers currently have and the skills employers need.”
Actually, in an ever-changing economy there are always some positions unfilled even while some workers are unemployed, and the current ratio of vacancies to unemployed workers is far below normal. Meanwhile, multiple careful studies have found no support for claims that inadequate worker skills explain high unemployment.
But the belief that America suffers from a severe “skills gap” is one of those things that everyone important knows must be true, because everyone they know says it’s true. It’s a prime example of a zombie idea — an idea that should have been killed by evidence, but refuses to die.
And it does a lot of harm. Before we get there, however, what do we actually know about skills and jobs?
Think about what we would expect to find if there really were a skills shortage. Above all, we should see workers with the right skills doing well, while only those without those skills are doing badly. We don’t.
Yes, workers with a lot of formal education have lower unemployment than those with less, but that’s always true, in good times and bad. The crucial point is that unemployment remains much higher among workers at all education levels than it was before the financial crisis. The same is true across occupations: workers in every major category are doing worse than they were in 2007.
Some employers do complain that they’re finding it hard to find workers with the skills they need. But show us the money: If employers are really crying out for certain skills, they should be willing to offer higher wages to attract workers with those skills. In reality, however, it’s very hard to find groups of workers getting big wage increases, and the cases you can find don’t fit the conventional wisdom at all. It’s good, for example, that workers who know how to operate a sewing machine are seeing significant raises in wages, but I very much doubt that these are the skills people who make a lot of noise about the alleged gap have in mind.
And it’s not just the evidence on unemployment and wages that refutes the skills-gap story. Careful surveys of employers — like those recently conducted by researchers at both M.I.T. and the Boston Consulting Group — similarly find, as the consulting group declared, that “worries of a skills gap crisis are overblown.”
The one piece of evidence you might cite in favor of the skills-gap story is the sharp rise in long-term unemployment, which could be evidence that many workers don’t have what employers want. But it isn’t. At this point, we know a lot about the long-term unemployed, and they’re pretty much indistinguishable in skills from laid-off workers who quickly find new jobs. So what’s their problem? It’s the very fact of being out of work, which makes employers unwilling even to look at their qualifications.
So how does the myth of a skills shortage not only persist, but remain part of what “everyone knows”? Well, there was a nice illustration of the process last fall, when some news media reported that 92 percent of top executives said that there was, indeed, a skills gap. The basis for this claim? A telephone survey in which executives were asked, “Which of the following do you feel best describes the ‘gap’ in the U.S. workforce skills gap?” followed by a list of alternatives. Given the loaded question, it’s actually amazing that 8 percent of the respondents were willing to declare that there was no gap.

The point is that influential people move in circles in which repeating the skills-gap story — or, better yet, writing about skill gaps in media outlets like Politico — is a badge of seriousness, an assertion of tribal identity. And the zombie shambles on.
Continue reading the main story Write A Comment Unfortunately, the skills myth — like the myth of a looming debt crisis — is having dire effects on real-world policy. Instead of focusing on the way disastrously wrongheaded fiscal policy and inadequate action by the Federal Reserve have crippled the economy and demanding action, important people piously wring their hands about the failings of American workers.
Moreover, by blaming workers for their own plight, the skills myth shifts attention away from the spectacle of soaring profits and bonuses even as employment and wages stagnate. Of course, that may be another reason corporate executives like the myth so much.
So we need to kill this zombie, if we can, and stop making excuses for an economy that punishes workers.

Previous Post: Which 23 Law Firms Boast the Largest Number of the Strongest Client Relationships?
Next Post: Make Some Noise! 5 Ways To Boost A Law Firm Brand