Is Patton Boggs on fire — and not in a good way? 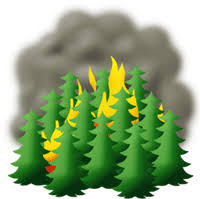 The prominent lobbying and law firm recently announced the closing of its office in Newark, New Jersey. Discussing the move with Politico, managing partner Edward Newberry said, “We’ve lit intentionally a forest fire, we’ve controlled that forest fire. While we’ve lost a few people over the last year, who are good friends and good partners, our firm is much stronger today than it’s been in a long time.”

The firm has lost “a few people” over the last year? How about roughly 100 attorneys, representing 20 percent of lawyer headcount, plus an unknown number of staff? With additional prominent partners said to be eying the emergency exits?

Somebody call 911, law firm fire burnin’ on the dance floor….

The news of the Newark shuttering doesn’t come as a shock. Back in November, the firm conducted double-digit lawyer layoffs in New Jersey, in the wake of a major case settling and rainmaker John McGahren decamping for Morgan Lewis & Bockius. The Newark office lost Patton Boggs almost $12 million last year, according to Politico.

Even if the news is utterly unsurprising, as Newberry told the American Lawyer, it still isn’t pretty. Here are more details, from the Wall Street Journal:

Between eight to twelve attorneys from the 26-lawyer Newark office will relocate to Patton Boggs’s New York City location, Mr. Newberry said. Six lawyers will be moved to Florham Park, N.J., about 15 miles east of Newark where a number of companies have corporate headquarters. Some lawyer and staff positions will also be eliminated, though it was not immediately clear how many.
Doing the math, it looks like the number of lawyer layoffs will fall somewhere between eight and twelve. Although that’s small potatoes compared to the Patton Boggs bloodbath that took place almost a year ago and affected multiple offices, it’s still significant.

But desperate times call for desperate measures. Here are some financial figures, from the WSJ Law Blog:

The firm’s revenue dropped about 12% in 2013, to $279 million, amid a wider effort to restructure operations and compensation, Mr. Newberry told Law Blog on Monday night. Partner profitability also took a hit — a “modest drop,” he said.
“We missed our revenue budget by about 3%,” Mr. Newberry said. “In a restructuring year, we’re quite satisfied with that.”
More than 20 partners exited Patton Boggs last year, including some that the firm said had been asked to leave.
Oh yes, the firm wanted those partners to leave. Dewey know where we’ve heard that before?

In fairness, some of those partner departures probably were desired by the firm; tough times cause firms to seek out and eliminate deadwood. At the same time, with Patton Boggs ranking #2 on the list of firms that suffered the most partner defections in 2013, shedding more than 15 percent of its partnership, some of those departures were significant losses to the firm.

And there may be more to come. “This is going to be a tough week for the firm,” an ATL tipster told us. “Partners are talking of leaving the D.C. office in groups.”

UPDATE (2:10 p.m.): Patton Boggs expects that its equity partnership will continue to shrink, according to the Washington Post: “The firm had 98 equity partners as of last November; that number has since fallen to 83 and will likely reach 70 by the end of the year….”

What does Patton Boggs have to say for itself? What it has been saying, oh, for the past year or so — we’re rightsizing, we’re reforming, we’re lean, we’re turning the corner, we’re doing great. For more of managing partner Ed Newberry’s spin, surf over to Politico, the Wall Street Journal, or the American Lawyer (because I can’t be bothered to paste any more of it in here).