Guess Who Doesn’t Fit In at Work

ACROSS cultures and industries, managers strongly prize “cultural fit” — the idea that the best employees are like-minded. One recent survey found that more than 80 percent of employers worldwide named cultural fit as a top hiring priority.

When done carefully, selecting new workers this way can make organizations more productive and profitable. But cultural fit has morphed into a far more nebulous and potentially dangerous concept. It has shifted from systematic analysis of who will thrive in a given workplace to snap judgments by managers about who they’d rather hang out with. In the process, fit has become a catchall used to justify hiring people who are similar to decision makers and rejecting people who are not. 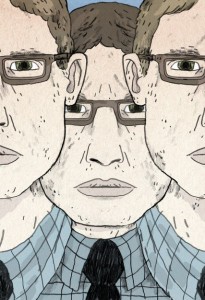 The concept of fit first gained traction in the 1980s. The original idea was that if companies hired individuals whose personalities and values — and not just their skills — meshed with an organization’s strategy, workers would feel more attached to their jobs, work harder and stay longer. For Southwest Airlines, screening job candidates based on their willingness to provide a wacky experience for strangers contributed to the fun environment that enabled the company’s financial success. Likewise, for the investment firm Bridgewater Associates, which seeks to distinguish itself through its pursuit of transparency and honesty, screening out potential hires who couldn’t handle criticism made good business sense.

But in many organizations, fit has gone rogue. I saw this firsthand while researching the hiring practices of the country’s top investment banks, management consultancies and law firms. I interviewed 120 decision makers and spent nine months observing the recruiting practices of one firm in particular. The professionals I spoke with, who were charged with reviewing applications and conducting interviews, consistently underscored the importance of cultural fit in hiring. While résumés (and connections) influenced which applicants made it into the interview room, interviewers’ perceptions of fit strongly shaped who walked out with job offers.

Crucially, though, for these gatekeepers, fit was not about a match with organizational values. It was about personal fit. In these time- and team-intensive jobs, professionals at all levels of seniority reported wanting to hire people with whom they enjoyed hanging out and could foresee developing close relationships with. Fit was different from the ability to get along with clients. Fundamentally, it was about interviewers’ personal enjoyment and fun. Many, like one manager at a consulting firm, believed that “when it’s done right, work is play.”

To judge fit, interviewers commonly relied on chemistry. “The best way I could describe it,” one member of a law firm’s hiring committee told me, “is like if you were on a date. You kind of know when there’s a match.” Many used the “airport test.” As a managing director at an investment bank put it, “Would I want to be stuck in an airport in Minneapolis in a snowstorm with them?”

Discovering shared experiences was one of the most powerful sources of chemistry, but interviewers were primarily interested in new hires whose hobbies, hometowns and biographies matched their own. Bonding over rowing college crew, getting certified in scuba, sipping single-malt Scotches in the Highlands or dining at Michelin-starred restaurants was evidence of fit; sharing a love of teamwork or a passion for pleasing clients was not. Some (former) athletes fit exclusively with other athletes; others fit only with those who played the same sport. At one hiring committee meeting I attended, I watched a partner who was an avid Red Sox fan argue for rejecting a Yankees supporter on the grounds of misfit.

Selecting new employees based on personal similarities is by no means unique to banking, consulting or law; it has become a common feature ofAmerican corporate culture. Employers routinely ask job applicants about their hobbies and what they like to do for fun, while a complementary self-help industry informs white-collar job seekers that chemistry, not qualifications, will win them an offer.

Although diversity in many industries has increased in recent decades, progress in the corporate realm has been slower than expected. Selection based on personal fit can keep demographic and cultural diversity low. In the elite firms I studied, the types of shared experiences associated with fit typically required large investments of time and money.

Class-biased definitions of fit are one reason investment banks, management consulting firms and law firms are dominated by people from the highest socioeconomic backgrounds. Also, whether the industry is finance, high-tech or fashion, a good fit in most American corporations still tends to be stereotypically masculine. Consequently, fit can exclude high-performing candidates — female or male — who are more stereotypically feminine.

Some may wonder, “Don’t similar people work better together?” Yes and no. For jobs involving complex decisions and creativity, more diverse teams outperform less diverse ones. Too much similarity can lead to teams that are overconfident, ignore vital information and make poor (or even unethical) decisions.

When it comes to creating a cohesive work force, managers often discount the power of shared experiences on the job, especially working interdependently on a high-stakes project. The more time we spend with co-workers, the more similar to them we tend to become. When hiring, do we really need an additional screen on whether people drink wine or whiskey or enjoy Nascar or Nabokov?

Perhaps most important, it is easy to mistake rapport for skill. Just as they erroneously believe that they can accurately tell when someone is lying, people tend to be overly confident in their ability to spot talent. Unstructured interviews, which are the most popular hiring tools for American managers and the primary way they judge fit, are notoriouslypoor predictors of job performance.

Fit can work, but personal similarity is not the key. Organizations that use cultural fit for competitive advantage tend to favor concrete tools like surveys and structured interviews that systematically test behaviors associated with increased performance and employee retention. For managers who want to use cultural fit in a more productive way, I have several suggestions.

First, communicate a clear and consistent idea of what the organization’s culture is (and is not) to potential employees. Second, make sure the definition of cultural fit is closely aligned with business goals. Ideally, fit should be based on data-driven analysis of what types of values, traits and behaviors actually predict on-the-job success. Third, create formal procedures like checklists for measuring fit, so that assessment is not left up to the eyes (and extracurriculars) of the beholder.

Finally, consider putting concrete limits on how much fit can sway hiring. Many organizations tell interviewers what to look for but provide little guidance about how to weigh these different qualities. Left to their own devices, interviewers often define merit in their own image.

Wanting to work with people like ourselves is not new. In the past, employers overtly restricted job opportunities based on sex, race and religion, which is now illegal. But cultural fit has become a new form of discrimination that keeps demographic and cultural diversity down, all in the name of employee enjoyment and fun.

Previous Post: The Need to Spot Fake vs. Real Performers in an Interview
Next Post: 4 Consequences of Lying in a Job Interview