Every Legal Secretary Has A War Story

Almost every firm has at least one: an attorney who cannot keep a secretary.

In the old days, that particular partner (and it is almost always a partner) would get a new secretary each day, rotating in from the steno pools. How do today’s office administrators handle the abusive, persnickety or just downright rude attorney?

One secretarial manager claims only to have encountered this once in her long career. Her answer? ‘He’ll work without an assistant.’ She said that type of behavior is not tolerated. I think her firm is in the minority. 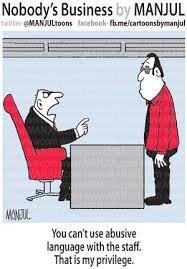 Debbie (not her real name), another office administrator in a large firm, has several war stories to tell. ‘I was at one firm for over seven years and during that time the managing partner had seven secretaries,’ she recalls. ‘It takes a lot of investigative work to figure out what the problems are and if the secretary or the attorney is at fault.’ (There are bad secretaries, just as there are rude lawyers.) She advises that office managers keep detailed notes of what happens between the partner and each new secretary.

She also insists on full disclosure when interviewing new secretaries for a position with a difficult partner. ‘It’s important to give the candidates examples of what the attorney says or does that can cause tension,’ she said. ‘That way, some candidates can say right away, “Thanks but no thanks.”

The Match Has To Be Right

It takes time to find a candidate who is willing to work with a difficult attorney. ‘Often it’s a question of finding the right fit,’ Debbie continues. ‘One secretary might find an attorney difficult to work with while another doesn’t have an issue.’ An extremely disorganized attorney, for example, would need an extremely organized secretary. But the fact that the attorney is disorganized may not emerge during an interview; in these cases, the attorney may need to work with several secretaries before finding one who doesn’t mind working for a disorganized boss.

Finding the right personality fit is tricky. Where do you draw the line between a lawyer who is persnickety (demanding that the secretary redo a label on an envelope because it’s crooked) and one who is rude (plunking documents on the secretary’s desk and saying, ‘Copy these now and bring them to me’ without bothering to add ‘Please,’ ‘Thank you,’ or ‘Are you in the middle of something?’)?

Some long-time, thick-skinned secretaries just shrug their shoulders, claiming all that goes over their heads. ‘You can’t take anything they do personally,’ says one. ‘Otherwise you won’t last.’

Sometimes, it just isn’t possible to find the right person. ‘We had one attorney,’ Debbie says, ‘who, after a parade of secretaries, only wanted the top secretary in his firm who worked for someone else. She was an excellent secretary who had been with the firm a long time. We transferred her to his desk. He was extremely disorganized and would not accept any attempts to help him become more organized. Instead, he accused the secretary of losing his documents. Eventually, she quit in frustration. Because the attorney would just not admit his bad points, our hands were tied.’

Very often, the partner in question simply wants a private secretary, but almost no sizable law firm will grant that wish any more. Inevitably, the other attorneys assigned to the troubled desk are suffering along with the beleaguered secretaries. Those attorneys end up doing most of their own work in the face of constantly changing secretaries.

Good secretaries also become worn down by attorneys constantly questioning their skills and integrity. Many eventually realize that in order to preserve their own self-esteem they have to move to another firm.

Put Procedures In Place To Deal With Abusive Attorneys

Some attorneys go beyond ‘difficult’ and become truly abusive. They may tell off-color jokes, make derogatory remarks, constantly tell the secretary how stupid s/he is, or shout obscenities

‘When the attorney is so abusive,’ Debbie says, ‘it’s time to get the management committee involved. An associate once came to me in tears because of a humiliating off-color joke the partner told in front of both her and his clients. He was sent to sensitivity training.’

More often than not, driven by fear of retaliation, office administrators let the behavior slide and resign themselves to employing an endless succession of secretaries. If the abusive attorney is the managing partner in the firm, there is, sadly, little recourse.

In Debbie’s firm, if a member of the staff complains of abuse or harassment by an attorney, the office administrators are required to report that behavior to human resources. ‘But sometimes the secretary just wants to vent, and begs me not to tell anyone,’ she adds.

How do you keep up staff morale under those circumstances? While there is no easy answer, here are some steps to take in the face of such abuse:

What’s Debbie’s advice for secretaries? Working for a difficult attorney will always be a challenge, she concludes. But secretaries can lessen the challenge by setting ground rules early on and letting both the attorney and the office administrator know when the attorney has crossed the line.

Previous Post: 4 Takeaways from the #LMA15 Panel of GC [LMA Recap]
Next Post: This Is the Absolute Biggest Mistake You Can Make on Your Resume