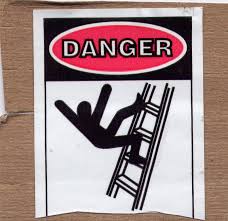 For black lawyers, the country’s top law firms are lonely places, according to a newly released tally.

Black lawyers accounted for 3 percent of lawyers at big firms last year, a percentage that has declined in each of the last five years. And the proportion of black partners at such law firms remained stagnant at 1.9 percent during the same period, according tothe 2013 diversity scorecard published in the June issue of The American Lawyer.

Even as other professions and even other parts of the legal profession, including corporate counsel jobs, have opened up to more minorities, the presence of black lawyers and black partners at the elite firms fell. Their representation in the most lucrative tiers of the law world remains the same as in 2000.

In contrast, other minorities are claiming a larger presence in the big legal firms, with Asian-Americans taking the biggest share of positions and Hispanics the next largest share, surpassing blacks for the first time. The findings were based on figures provided by 223 large law firms.

According to those firms, which were either among the nation’s top 200 firms for gross revenue or among the largest 250 firms by number of employees, there were 2,943 black lawyers out of a total of 98,504 employed full time or the equivalent.

Minority lawyers, generally, were set back in the 2008 recession, when the number of such lawyers at top firms — mostly associates who are entry or midlevel — dropped by 9 percent. The percentage of black partners, whose ranks doubled from 1995 to 2008, fell to 1.9 percent in 2009 and has remained there.

Black associates are scarce except for high-ranking students from first- or second-tier law schools — reflecting the downturn in hiring at big law firms in general. But a 2011 study of a group of law firms that failed in the economic downturn found that black lawyers laid off during that period appeared to have the lowest rates of re-employment at law firms, compared with other groups, during the following nine-month period.

Blacks lag behind in the top tiers of the law, according to the American Lawyer, because unconscious racial bias can influence the types of assignments and the relationships between and among employees. That can hinder black lawyers from advancing to the highest slots, it said.

Some top law firms defend their records by saying that they aggressively recruit top black law school graduates but that they leave after a few years for positions in government or in corporations.

The firm that reported the highest diversity in its ranks was White & Case in New York, with a total of 626 lawyers in the United States. Minorities made up 27.5 percent of its lawyers and 21.8 percent of its partners. It was followed by two other large firms, Wilson Sonsini Goodrich & Rosati, a firm with roots in Silicon Valley, and Lewis Brisbois Bisgaard & Smith, a firm that began in Los Angeles.

Previous Post: They’re Watching You at Work
Next Post: Welcome, 2014 Summer Associates! (Plus The 4 Types Of People Who Get No-Offered)