6 Types Of Document Reviews That Every Reviewer Has Seen

If you’ve been around the block in the world of document review you start to notice some patterns. No matter what the subject matter of the review or how illustrious the law firm involved may be, some things just remain the same. Here’s a roundup of the 6 types of document review projects that are all too familiar. 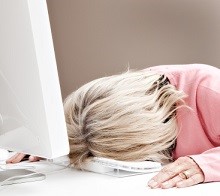 This is a caption

This is the gold standard of review projects. Maybe there are millions of documents spread out over hundreds of custodians, or there are a series of related cases, but to a contract attorney this is known as job security. Sure, we might only be talking about 6 months, but we’ll take what we can get. It’s nice to know what your day will be like, and establish a bit of a routine. Even the tedium of office life can be exciting when you’re used to being shuffled around and moving from project to project.

No, this isn’t just an excuse to make a “that’s what she said” joke. The staffing agency assured you the project would last several months. You turned down a slightly higher paying project that wouldn’t last as long; maybe you even traveled from a city a few hours away just for this small oasis of stability. Then day two all of the documents dry up and the entire team is unceremoniously cut. Sure, everyone knows that document review work is temporary by nature and there are no guarantees, but that just blows. If you try to follow up on the discrepancy regarding the project length you wind up with a circle jerk of blame and never understand why it happened. Thanks Obama.

200 docs in an hour? No problem. The responsiveness rate for this matter is 99% and with no attorney on any of the documents you aren’t even getting bogged down on privilege issues. Oh, and did I mention the “copy from previous” function is fully operational? If any of this sounds familiar you are on the easy project.

Day 1: “You won’t find any emails from Mr. Pink in this review.” Cue 1 week later: “Hey project manager guy- we’ve found a bunch of emails from Mr. Pink in the review.” Furious scrambling abounds. A variation on this scenario repeats weekly until the review instructions bulge and eventually buckle under their own weight. The review team gets the distinct impression that the powers that be are clueless, and any mistakes that get made get blamed on the ever changing guidelines.

When the associate in charge of the review is a control freak and has trouble letting go of a project (I know, a controlling personality that goes to law school? Color me surprised) you wind up with an overly involved review. The coding pane is giant, and the powers that be want every conceivable detail of the document transcribed into the coding. There are 30 separate issue tags– and reviewers are frequently berated for not using all possible tags for a particular document– and just in case that is insufficient there is a an annotation field reviewers are encouraged to use frequently. Even simple emails take a few minutes to code, just to ensure that all the nuance of a document is captured. This might be okay if there is a particularly small amount of documents to review, but once you’re into the tens of thousands of documents, and more than a handful of reviewers chaos breaks out. When the rules of coding are that complicated it’s difficult to sustain consistency and whatever benefits are trying to be attained by this overly detailed protocol are diminished by the reality of human coding. It make for better (and cheaper) review when the issues are pared down and the team can focus on the issues that really matter in the case.

6 — The Fast and Furious

Who knows why projects like this happen, they just do. Maybe some associate somewhere misread the discovery deadline, maybe some hidden tranche of documents was discovered at the 11th hour. But they just trained 200 contract attorneys to meet a deadline one short week away and made clear the expectation that everyone will work a minimum of 12 hours a day. Yeah, that week will probably suck, but you’ll make your nut. If you’re lucky you’ll even get OT.

Original source:  Source is Above The Law, http://abovethelaw.com/2015/02/6-types-of-document-reviews-that-every-reviewer-has-seen/

Previous Post: How to win against every kind of bad boss there is
Next Post: What’s in a Name? 3 Steps For Negotiating a Job Title Promotion-“Advocating for yourself is incredibly important for your career growth”