4 Consequences of Lying in a Job Interview

Thinking about padding your résumé or exaggerating your experience in a job interview? Maybe you’ve considered inflating your salary history to see if you can negotiate a higher offer from a new employer. Stop right there.

Lying during the hiring process can destroy your chances of ever being hired with that employer – and it’s easier to be caught than you might think. Here are four particularly disastrous consequences you might face if you lie in an interview. 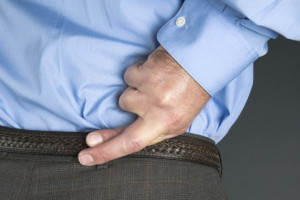 Even if your interviewer isn’t able to conclude for sure that you’re lying, raising these sorts of doubts isn’t exactly helpful when you’re trying to be impressive. In most cases, you’re going to be a lot more impressive by just owning up to areas where you might not have the perfect experience.

Rather than lie to gain an edge in salary negotiation, it’s far smarter to take your salary history off the table altogether and focus on what salary you’re seeking now.

In general, assume that employers aren’t going to simply take you at your word when it comes to key elements of your candidacy. They’re going to verify them with people who will be in a position to either back you up or expose any falsehoods or exaggerations.

You’re far better off being up front and candid with employers about your qualifications. Let the screening process work the way it’s supposed to, by moving you toward jobs you’d excel at and away from jobs you’d struggle with. After all, it’s a lot better to lose out on the job at the interview stage than to get fired later on.

Previous Post: Guess Who Doesn’t Fit In at Work
Next Post: The Least Diverse Jobs in America